Maynerd
I am Maynerd... apparently the artist formerly known as PaperMarbleS... The reason this whole blog started up so long ago was for the PaperMarbleS project, which I never really motivated enough to actually make it come to light... Well, It's back. The First edition of the PMSProject should be ready to roll in late 2011, and there are some sweet ideas rolling for it. The content of the actual blog may shift a bit, as I won't be showing so much of the process of the art, but more of what it is that influences the end results... Also Show recaps and other random tidbits of Awesome... Heads up Stand up. 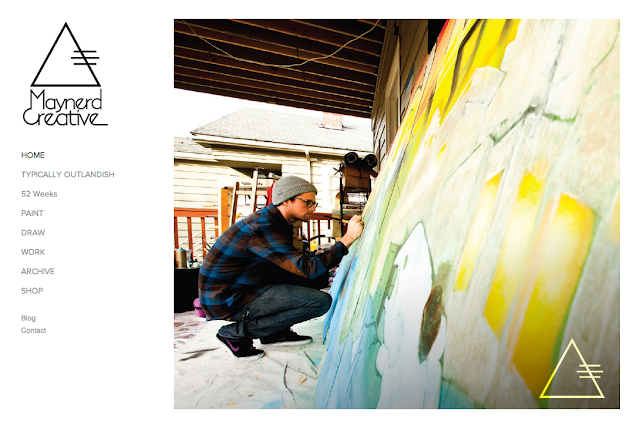 Those of you that happen to stumble upon this - Check out my new website and blog for all the glorious details - http://www.maynerdcreative.com/
Posted by Maynerd at 1:08 PM No comments: 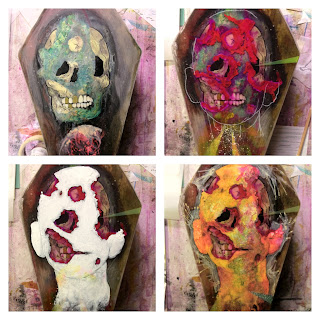 Boxes of Death 3D Teaser from electric coffin on Vimeo.

Posted by Maynerd at 8:36 PM No comments:

I'd like to start off by saying 'Thanks Travis.'  - I kinda needed a jumpstart.
After preparing for December/January show Human Nature with Russtafri Olson, I was completely drained... COMPLETELY.  I've never been so mind fucked.  But the show turned out awesome, and we're pretty proud of what we were able to squeeze out in such a short burst.  Below is a shot of the second leg hanging at the Greenwood Collective - Home Suite Home

Other than that - starting the new year finishing up some commission work, and getting ready for Boxes of Death 3D in March... Right now I'm working on a little bit of Flava Flav... sneak peak of the EARLY stages... 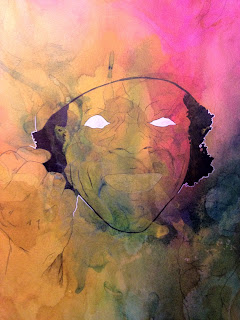 The website will be updated soon... i promise.
but go look at it anyways... BOOSCH!
Posted by Maynerd at 1:48 PM No comments:

Putting some good things together for this show... 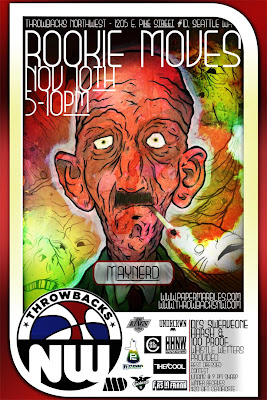 Posted by Maynerd at 4:26 PM No comments:

oh snap. it begins.
http://papermarbles.bigcartel.com/
Posted by Maynerd at 2:39 AM No comments:

It's always good to see your stuff circulating the interwebs...
Shockblast
Posted by Maynerd at 10:02 PM No comments:

the AF Lab of Maynerd... 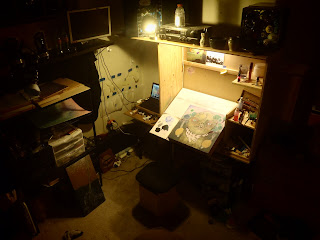